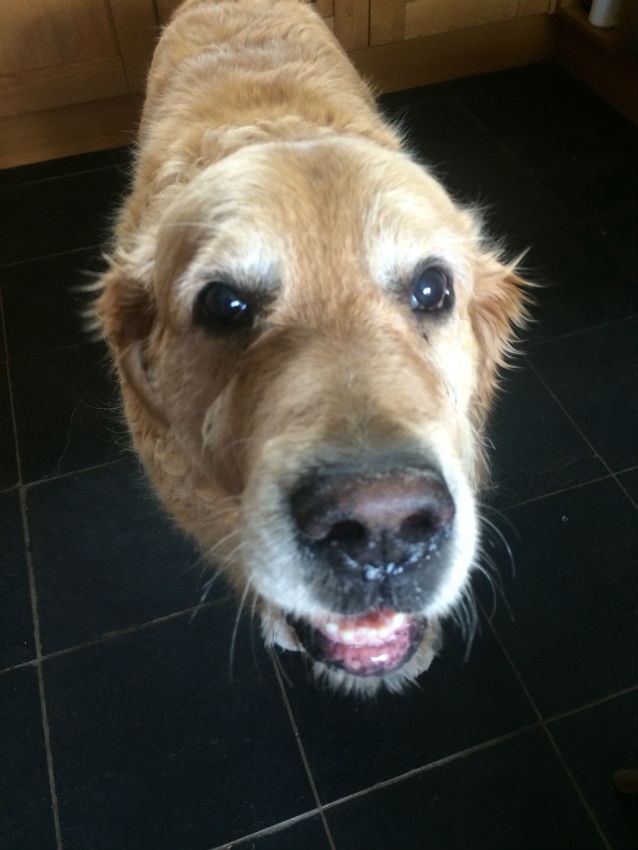 My Golden Retriever Kai recently developed a patch of wet eczema behind his ear.  He’s quite prone to this especially if he goes in water.  This time though he hadn’t been near water other than rolling on wet grass.  He hadn’t really been scratching more than normal, but sometimes he plays quite rough with Roxy our other dog where they grab each other by the scruff of their necks like they would prey. Their favourite game is to roll, drop their shoulders to the floor and rub along the ground with their necks.  My first thoughts about how he got this patch was that Roxy may have snagged his neck with her tooth during play as they have both done that to each other before.

As soon as I spotted it I tried to clean it up and clip away the hair surrounding the patch to help prevent it spreading.  Of course its not only sore but intensely itchy so that provoked a round of rolling all round the floor, digging up his bed and trying to scratch it.

The pictures above show how the eczema patch started of quite small but because Kai kept scratching it and rubbing on the ground it soon spread, each day getting bigger.  This was such a shame as I had immediately cleaned it and applied Aloe Veterinary Formula spray and then Aloe Gel and within the first two ours of discovering it the redness and heat completely disappeared.  We had such trouble keeping the buster collar on him as he is a very big strong dog and would smash through the dog flap breaking it off or roll on it. We even tried duct taping it to keep it done up but he would roll on it buckling it backwards so it would form a big crease which was digging into his neck really tightly.  His other trick was to run and hide in the flower bed where I couldn’t reach him and dig soil up with such passion as to hurl it into the “Cone of Shame” all over the sore.  He really was an incredibly difficult patient and although I have no doubt if I could have kept the cone on and kept the sore clean enough the Aloe would have helped this heal without veterinary intervention  in the end as I was about to go away for a weekend trip leaving my husband to cope with him we took him to the vet. 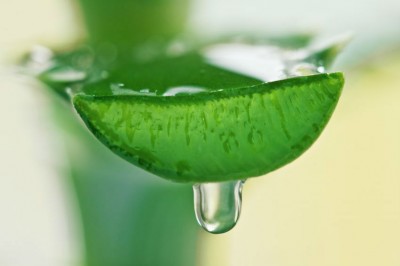 As I used to work at a small animal practice for many years I had done the right thing clipping back the hair and keeping the sore clean and as dry as possible, but even the vet couldn’t get near him with the clippers.  We discovered he had an ear infection which was likely the cause of the scratching in the first place. He was given antibiotics, ear drops, and some Steroid gel.  I d hoped very much to avoid all this but the steroid is fast acting and with the antibiotics working from the inside I knew this would be be easier as it would start to heal without the need for too much actual handling and trying to apply things directly to the sore. On return from my trip he is doing really well as you can see from the bottom line of pictures and I am now bak to applying Aloe gel and he is having Aloe drink on his feed to help settle his gut after the antibiotics.

For more info on Aloe products that can help your pets contact me or visit my online shop.